Languages are one of God’s amazing gifts to us. But not knowing different languages can severely limit communication.

My father worked in the Chinese embassy in Congo, Africa. While he was there, he knew a young man who came from a Chinese village. This young man wanted to share all of the wonderful food he experienced with his family back home. So one day, he mailed a package of goodies to his family, including a few big cans of instant coffee. But he forgot to translate the English directions on the package.

His family was so thrilled to receive what they thought was special brown “rice” all the way from a faraway land. It is a tradition in Chinese villages to share everything with their village, so many people came to his family’s home for a special dinner that evening. His mom opened the cans of the brown “rice” and poured them into a huge pot. Then, she added water and boiled it for hours in order to make a porridge for everyone to enjoy.

Finally, the “rice” was ready. Everyone was so excited to taste the special brown “rice.” But at their first taste, everyone immediately spit out the horribly bitter “rice.” Because the people in the village didn’t want to waste food and couldn’t bear the thought of throwing it away, they gave it to their pigs. The pigs happily and quickly gobbled it down. But all night long the pigs, high on caffeine, kept everyone awake with their rooting and snorting.

An Ancient but Active Language

The Chinese language is one of the oldest languages in the world—almost 5,000 years old based upon the first written record in the Shang Dynasty in 1600 B.C.[1] The Chinese characters echo many stories in the book of Genesis. For example, the character of “creation” or “to create,” 造, is written with the following parts: dust of the earth 土, one mouth 口 referring to a person, 丿 energy or breath of life, and the radical 辶 that means walking. The Genesis account records that after God created the heavens and the earth, “The Lord God formed man of dust from the ground and breathed into his nostrils the breath of life; and man became a living being” (Gen. 2:7).

Many languages die out, but Chinese hasn’t. And it has been widely used both orally and in writing by the largest number of people in the world.[2] Chinese is also one of the six official working languages of the United Nations.[3]

Though the Chinese language is old, it is also active today like a silky belt that threads together the glorious past with the booming present. Generation after generation greatly enjoy reading ancient Chinese classics as well as modern literature. Children are still following Chinese tradition in their reading primers by reciting hundreds of poems from the Tang Dynasty written in 600 A.D. as well as singing the latest songs.

A Crucial but the Least-learned Language

Unfortunately, America, which has the largest number of immigrants, has an ironic history of English monolingualism. According to a recent report, only one out of four adults can carry on a conversation in another language, and “four out of five American adults speak only English.”[4]

Chinese is also the second most critical language, yet it is the least taught language in the United States. To make matters worse, foreign languages are normally not required or offered until the last two years in high school. As a direct result, many college freshmen begin their higher education without any foreign language-learning experience and miss the critical language acquisition period.

The college years are indeed students’ last chance during formal education to pursue a foreign language. In these cases, students have only a slim chance to reach an advanced proficiency level. And that’s if they have time to surpass the beginner stage.

Though knowing a language is a complicated skill, a child acquires a language effortlessly in the proper environment. However, it is exhausting for an adult to learn enough of a new language for basic communication. As people age, learning a language naturally becomes harder because of weakening memory, inflexible utterance production, busy working schedules, and other responsibilities that take up the time needed to acquire a new language skill.

In 2006, when he introduced the National Language Initiative, President George W. Bush pointed out that “the American language deficit” was a homeland security issue.[5]

Because of this initiative, the Chinese STARTALK Program, funded by many federal agencies, was launched on various campuses during summer breaks. This program’s mission was to increase the number of American young people learning crucial foreign languages.[6] Chinese has been listed by the FBI[7] and the U.S. Senate Homeland Security and Governmental Affairs Committee[8] as the second most critical foreign language after Arabic.

On the other hand, students studying Chinese will earn great advantages by learning a language that is rarely studied in the United States. Homeland Security and many other important governmental and military agencies are in great need of people who are fluent in Chinese, both in speaking and in writing.

As the Chinese market is roaring onto the world stage, people who are proficient in Chinese are very likely to be hired and retained. Chinese President Xi’s recent “One Belt, One Road” infrastructure initiative, a massive $1 trillion project, aims to build “a network of railroads and shipping lanes linking China with 70 countries across Asia, Africa, Europe, and Oceania.”[9] The Belt intends to regain the fame of the ancient silk road and consists of railroads and various ocean routes.[10]

In addition, China is one of the largest countries that provide a large number of TESOL jobs for American graduates. Those who know Chinese are more likely to be hired. Of course, in China, foreign teachers face many challenges, including cultural and daily life adjustments in addition to their regular teaching tasks. But those who know Chinese can adjust quickly and teach more effectively because they are more likely to understand their Chinese students’ learning struggles.

Many studies have shown that studying another language greatly improves cognitive development and problem-solving skills. According to Gray Matter,[12] switching between two languages greatly helps the development of the brain from infancy to old age even in those who begin their second language learning later in life. Studies on adult foreign language learners not only confirm the early research results, but they also demonstrate the great advantages of wider and deeper access to social networks. These adults most likely receive more mentoring opportunities and extra support from the target language community.

Those considering the study of Chinese are often discouraged by the rumor that Chinese is the hardest language in the world to learn. It is time to clarify some serious misconceptions about learning Chinese.

In the light of grammar structure and usage, Chinese should be considered one of the simplest languages in the world. Compared with English, there are no cases, no tenses, no numbers for nouns, no articles and no genders. Neither verbs or nouns change in any sentence. And tenses are indicated by time words.

Languages are amazingly rich and complex. Each language is a key that opens a new world. For a long time, Chinese people liked Western students but were not too fond of students from Africa and other developing countries. In 2000, a few African students caught the public’s attention in my city because of their witty Chinese.

One day, an African student was riding in a taxi. All the Chinese taxi drivers are known for being chatty. The driver looked at this dark-skinned face and curiously asked, “Where are you from?”

The African student grinned and said in perfect Chinese, “I am from Hei Long Jiang.” Hei Long Jiang is a province near my city whose name literally means “Black River.”

The taxi driver burst into laughter over this African student’s humor. In less than a minute, this unpopular foreign student was no longer unpopular. With his good Chinese, he successfully turned a native’s heart not only to like him but also to respect him.

We say that it takes a whole village to raise a child. You can have many villages helping you succeed in your career and beyond because the power of languages lies in people’s hearts and minds. Our world has never been this big or this small. Now you can FaceTime anyone in the world. You can be anywhere within a day. However, no matter how fast the technology develops, the best Google translation app cannot help you communicate effectively through a language barrier.

There is no time like the present to start learning a new language. Mark Zuckerberg, the CEO of Facebook, was invited to Tsinghua University in Beijing, China in 2017. Zuckerberg stunned everyone by delivering a 20-minute speech in Chinese to students. His Chinese immediately created a bond that had the students talking and laughing with him like old friends. Since then, he has become a member of the School of Economics and Management’s advisory board. You, too, can benefit greatly from learning Chinese or another language and creating connections you wouldn’t be able to otherwise.

[2] World Economic Forum. 2018. These are the World’s Most Spoken Languages. Retrieved from https://www.weforum.org/agenda/2018/02/chart-of-the-day-these-are-the-world-s-most-spoken-languages/ 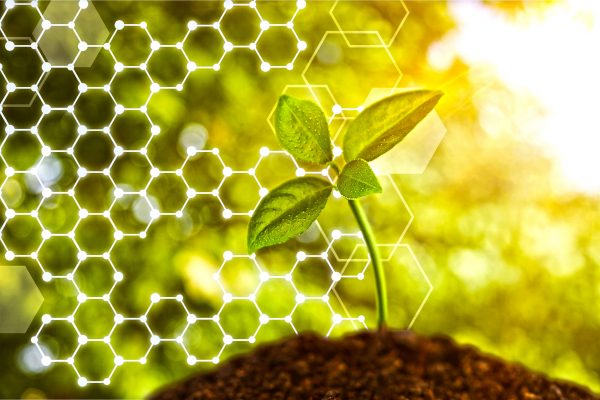