At the end of October, the Bruins Athletic Department announced that beach volleyball would be added to its intercollegiate lineup, with its inaugural season to be played this spring.

Looking ahead to the season, we caught up with teammates Emma Riddle and Bailee Hunger to talk about transitioning from their indoor to outdoor seasons.

“We’ve got nothing to lose,” said Hunger. “We’re the inaugural team, and we’re here to have fun and show people what we can do. I think that as long as we come out strong and build a good team relationship, the rest will go uphill from there.”

Riddle played both indoor and beach volleyball in high school, but Hunger is looking forward to her first beach season.

“We have some new recruits, and we have a few coming from the indoor team as well, so it’s exciting that we have some familiarity, but I’m excited to see how the new players do as well,” said Hunger.

While there are obvious differences between indoor and beach volleyball, there are other adjustments to playing outdoors.

During an indoor match, there are six players covering the court. In beach volleyball, you only get one teammate with you on the sand. The winner of an indoor match is determined in a best-of-five-set format, but beach volleyball will feature five pairs of teammates competing in a best-of-three format against duos from another team. Each set is played to 21 points. If the teams are tied after two sets, the third set will be played to 15 points. The first school to have three of their five pairs win their sets wins the match.

“During the indoor season, our theme was unity,” said Riddle. “And I think that even though we’re playing as individuals and in sets of two, it’s important to still be unified as one team.”

Every seven points, players will switch sides of the court. With the exception of that transition time, coaches aren’t allowed to talk with their athletes during play, so communication is crucial between the pairs. If you look closely, you may see a player flash a number behind their back. These hand symbols are used to dictate what type of defensive play the pair will be using.

“Communication is key in all sports. And I think especially when you’re playing with doubles, you have to know your partner so well. You have to know their cues and how to work together, so I think communication and a general sisterhood with your team and partner is very important,” said Hunger.

Said Riddle about the season: “I’m just excited that we have the opportunity to bring a new sport to Bob Jones. I think it’s going to be a good year.”

The beach volleyball team will travel across South Carolina, North Carolina and Georgia to compete this season. You can follow along all season long at bjubruins.com.

This story first appeared on bjubruins.com. 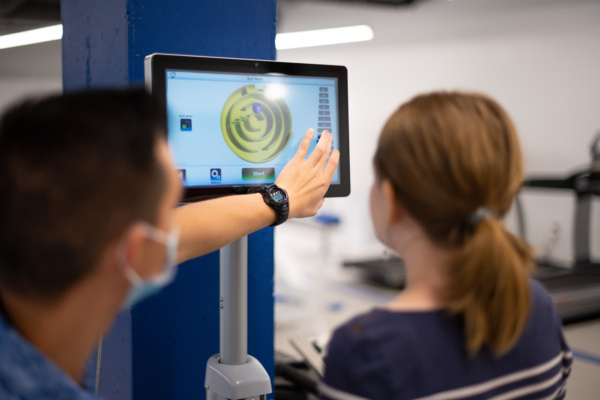