A Change in Plans

Fernandez first sparked the idea of a conference for Hispanic pastors when he was looking for one himself and only found those he had already attended. Dissatisfied with the repetitive content at those conferences, Fernandez decided to start his own, calling it Conferencia Adiestra. Adiestra translates “to train,” which is Fernandez’s goal: to equip Spanish-speaking pastors to be better shepherds of their God-given flocks.

In the meantime, Fernandez felt the need to grow professionally. Since he “could not find a conference where (he) sat down for a class to sharpen old tools or acquire new ones,” he decided to enroll in BJU Seminary’s doctor of ministry (DMin) program. “What I learned on expository preaching changed my ministry! I understood that most of the time Hispanics preach thematic messages. I found that this type of preaching was the one I mainly practiced, opening the door to preach preferences as doctrine.”

A Change of Topic

Fernandez is passionate about other Spanish-speaking pastors receiving the same training he is within the DMin program. He was able to collaborate with BJU Seminary to not just provide speakers and content, but to also assist with accommodation. While they slept on the BJU campus, visiting pastors received a condensed version of the class Expository Preaching from the Epistles. According to McGonigal, the instructor of Fernandez’s class, “It was essentially what (Fernandez) got but put within the context of a conference for pastors.”

Expository training isn’t easily accessible in the Spanish-speaking world. McGonigal said he spoke with one pastor at Conferencia Adiestra who had been in ministry for approximately 30 years yet “had never been exposed to this kind of step-by-step instruction on the process of working from a text to a sermon”—a fact which makes opportunities such as Conferencia Adiestra more valuable.

But church administration, Fernandez’s original idea, will be a topic in the future. Fernandez plans to address it at the 2020 Conferencia Adiestra. Future topics also include biblical counseling, apologetics and hermeneutics.

A Change in Location? 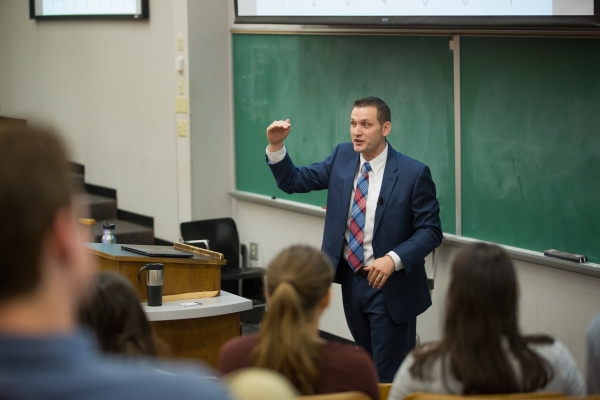