The Gustafson Fine Arts Center has not always been part of BJU’s campus. When Bob Jones University moved to Greenville in 1947, there were no buildings dedicated to the fine arts. Related classes were held in the Alumni Building and Rodeheaver Auditorium, and practice studios—better known as practice shacks among students—were located between the future sites of Fremont Fitness Center and R. K. Johnson Hall.

In 1956, the Divisions of Music and Art received their own building adjoining the original Museum and Art Gallery. The front of the music wing featured anomalous blue ceramic brick and angled walls—an attempt to direct sound away from classrooms before air conditioning replaced open windows. The wing’s interior outfitted the Division of Music with a variety of rooms:

The art wing was between the music wing and the Museum and Art Gallery, which opened Thanksgiving Day 1951. The art wing had five classrooms, including a ceramics and sculpture laboratory, and three faculty offices. The north wall, facing the Grace Haight Nursing Building, was lined with ten-foot windows, giving four of the five classrooms copious amounts of natural light. The new wing also offered more room for the growing Museum and Art Gallery. In 1997 fundraising began to expand and remodel the Fine Arts Center. The art wing, dedicated as the Sargent Art Building, was finished in 1998. Afterwards, the music wing was renovated, and a new wing was built for the Division of Speech Communication and department of radio and television. The project was completed and dedicated as the Gustafson Fine Arts Center in 1999. Dwight L. Gustafson was born in Seattle, Washington, on April 20, 1930. Growing up, Gustafson was involved in music, taking violin lessons, singing in his school choir, and serving in the music ministry with his mother, who played the piano and harp. However, after breaking his collarbone twice within a year, he pursued his other love—art. He took every art class he could during high school and drew cartoons for the school paper. He even designed a letterhead for the alumni paper, which was still in use as of 2009. “I’m kind of proud of that,” Gustafson said in an interview that year. He graduated from Queen Anne High School in 1948.

After high school, Gustafson wanted to study art at a Christian college, and BJU was one of Gustafson’s top choices because he knew its leaders. His dad—who was the chairman of the Seattle Christian Businessmen’s Committee that brought an evangelist to Seattle every year—had invited Bob Jones Sr. to preach. Bob Jones Jr. had also visited Gustafson’s hometown while preaching with a quartet from BJU.

Gustafson also valued BJU’s art program. He said, “I looked around at Christian schools, and in 1947–48, … Bob Jones University had a very credible art department, three or four teachers. And another major evangelical school that I was considering had only one art teacher. So here I came.”

Although he was majoring in art, Gustafson became involved in multiple music opportunities at BJU. At his mother’s request, he took voice lessons. Soon he received a call slip to be in a group for Vespers. Gustafson remembered, “My friend said, ‘Oh, you’re going to go on Vespers every Sunday,’ (Dismissively) I said, “No.” Well, … I was wrong.” In his first year at BJU, he also participated in opera and church choir.

Through these opportunities, God was leading Gustafson to study music, but Gustafson still wanted to study art. At missionary meetings, he sat in the back, resisting God’s call to Christian service. “I guess I thought that he couldn’t get at me there,” Gustafson said. “I was telling God, ‘I’m to be an artist—this is my gift.’ Well, that was stupid. There had been a few artists like Michelangelo and Leonardo da Vinci (who were) a lot better than I was.”

The summer after his freshman year, God changed his heart through the opportunity to travel on a music ensemble. “They don’t let freshmen go anymore, and I wasn’t any better than any freshman here now,” he said. “The Lord just pushed me along, and so sophomore year I changed (my major) to music.” When Gustafson returned to BJU for his sophomore year, he needed to find a job. With his experience working in his father’s meat market, he initially considered a meat market in downtown Greenville. Since he didn’t have a car, he painted scenery on stage crew under Mel Stratton. “I wasn’t a scene designer,” he said. “I was just one of (the workers) that slapped paint on them.”

But Bob Jones Jr. saw that Gustafson could do more than just slap paint on scenery. He noticed one of Gustafson’s works in the commencement art competition even though it didn’t receive an award. Gustafson said, “Somehow Dr. Bob Jr. got the idea that he was going to have me design sets for Rostand’s Cyrano de Bergerac. … I had only seen two operas and two plays my whole life—both here at Bob Jones—by the time I got that commission.”

Since Jones had pleurisy, Gustafson met him at his home. “There I was, a little sophomore, going to the president’s home,” Gustafson quipped. He was directed to the bedroom where Jones, wearing a silk robe and pajamas, first invited him to help work a jigsaw puzzle. “From that day on, I was helping Dr. Jones work (fine arts) jigsaw puzzles,” he said, referring to the many years he would spend collaborating with Jones. In 1952, Gustafson graduated with a BA in Voice and the same day married Gwen Adams, a soprano he met in church choir. Upon request, he returned in the fall to supervise a residence hall as a graduate assistant while earning an MA in Church Music.

In February during his second year of graduate school, he received a notice to go to Jones’s office. Thinking through his whole life, Gustafson thought, “What have I done wrong?” He hadn’t done anything wrong—Jones just wanted to ask if Gustafson would be acting dean after graduating. “I just told Dr. Bob, ‘I’m younger than any faculty member, and I don’t know.’ I said, … ‘My wife and I will pray about it.’” He accepted the position and, after graduating in 1954, began his new position at the age of 24. He was officially appointed as Dean of the School of Fine Arts about a year and a half later. Gustafson was active on campus as dean. Not only was he administrator, but he also conducted the symphony orchestra and concert chorale. He composed, conducted and sang in operas. Additionally, he composed and arranged over 160 works for soloists and groups, both instrumental and choral groups. Five of those works were the scores for University films.

He also spent time away from campus. In addition to a 15-month absence to complete coursework for his doctorate at Florida State University, he frequently travelled to lead high school and church music clinics and sometimes guest conducted.

Gustafson served as dean for 43 years, the longest tenure of any dean at BJU, until he retired from the position in 1997. After retiring, Gustafson continued to teach classes and conduct occasional concerts at BJU. He concluded his time on BJU’s stage with the opera Samson et Dalila in March 2010 and then the Commencement Concert as a guest conductor two months later.

On January 28, 2014, Gustafson went to be with his Savior after complications due to liver disease. His funeral was held in Rodeheaver Auditorium, where he had often been found since his first year at BJU.

Legacy of Musicianship and Character

God led Gustafson to a position for which he was highly qualified. Many of the fine arts faculty at BJU called him a Renaissance man. Dr. Darren Lawson, Gustafson’s successor as dean, said in the 2002 Commencement Concert tribute, “He’s dabbled at everything, and he’s good at it too. He’s not just mediocre at these things.”

He was also adept at teaching his skills to others. Dr. Ed Dunbar—former chair of the Division of Music—said, “I’ve been out with him on the weekends when we’ve done choral clinics in various churches where you’re working with people who are not trained musicians, and yet by the end of the session, he’s got them singing well. He has the unique ability to get the best out of an oratorio chorus at the University or the best out of a small church choir in a local church in the Midwest. (He has a) unique ability to inspire confidence and musicianship in people of all abilities and levels.” God used Gustafson to make the School of Fine Arts thrive. Dr. Lonnie Polson, chair of the Division of Communication, said, “The arts is part of our charter mandate. It’s not something that’s just tagged on. It’s an integral part of what we do here, and more than any person, perhaps besides the late chancellor, Dr. Gustafson was the caretaker of that, the man who really saw that that vision was executed in practical ways and that the high standards of artistic endeavor were maintained.”

Bob Jones Jr. reflected on Gustafson’s years as dean: “When Dr. Gustafson graduated (with his master’s degree), I felt, ‘Well, he is a man that can be used in a position where we need somebody. And I thought, ‘He’s mighty young, but we need a dean. We’ll try him and see.’ It’s wonderful to see a man who develops the way you hope he’s going to develop.”

For their service to BJU, Sandy and Donna Hastie honored Gustafson and his wife by establishing the Dwight and Gwen Gustafson Music Scholarship Endowment for BJU student musicians in June 2019.

Above all, Dr. Gus—as he was lovingly known by faculty and students—loved God, obeyed His will, and gave God all the glory for what He did through him. 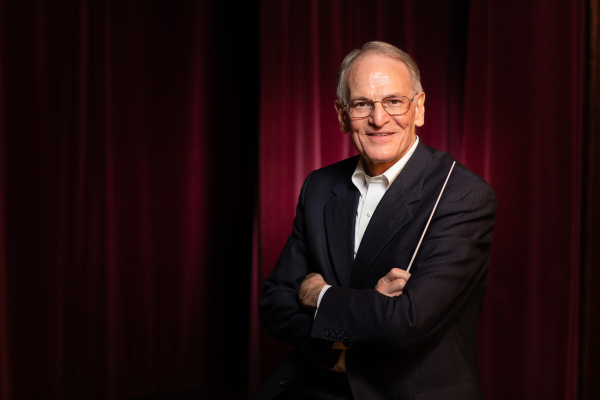