Since Ernest Reveal Hall was built in 1960 along with Estelle Siddons Hall, it has had a variety of roles. Originally, faculty, staff and sometimes GAs lived in the first-floor apartments, and students lived on the second and third floors. In the late ’70s, the basement was converted to classrooms for the Bob Jones Elementary School K5. The school had quickly outgrown its original building, which is now part of the Pennington Child Development Center, so classes filled nooks and crannies across campus until the current elementary school was built in 1981.

In 1995 Reveal was completely renovated, and by 1999 renovations were underway to house the IT department in the basement. The department worked there until it moved across campus in 2018. Reveal has also housed faculty offices, a film recording studio and an escape room.

During the summer of 2020, the second and third floors of the unused residence hall became BJU’s isolation center for students awaiting COVID-19 test results and students with positive test results. To keep positive cases on one floor, walls were built to divide each floor into sides for men and women. Ernest “Pappy” I. Reveal was born in 1880 in Charleston, West Virginia. His leg became crippled when he was a child, so he wore a full steel leg brace throughout his life. When he was older, he became a bricklayer.

As an adult, Reveal was prone to drunkenness. He somehow acquired a Bible, began reading and understood his need for salvation. Soon after accepting Christ, he stayed with someone in Charleston who was involved in rescue mission work. He became interested in that ministry, and in 1917 he moved to the tip of Indiana and founded the Evansville Rescue Mission to serve and evangelize men, women and children in Indiana, Illinois and Kentucky. He filled the rescue mission with Scripture and mottos, much like BJU buildings are today.

Reveal also bought property to start Camp Reveal for children from the rescue mission and community. He built a small stone chapel on the property, which became a special spot of prayer for him. A friend of Bob Jones Sr., Jr. and III, Reveal was closely associated with BJU. He spoke in chapel and at Bible Conferences. He was also a board member and received an honorary Doctor of Divinity in 1941. Additionally, he personally invested in Bob Jones III from the time he was 6. When Jones III was 15, he worked one summer at Camp Reveal. Reveal had him preach and counsel the children. Through that experience, Jones III learned how to love people from rough backgrounds who need the Gospel.

Reveal pursued God and led the mission until his death in 1959. The rich and poor alike, many of whom he had impacted in his ministry, overflowed the stone chapel where his funeral was held. “I have never seen anything like that funeral,” Jones Jr., who conducted the funeral, wrote.

In addition to his love for others, Reveal was characterized by his prayer life. “Dr. Jones III often tells that when driving in a car, one moment Dr. Reveal would be talking with him, ‘the next moment, he would be talking to God. It was that kind of a natural relationship,’” Dan Turner wrote in his book Standing Without Apology. He prayed constantly and always trusted God for his needs. Wrote Jones Jr.: “He was one of those unique men whose ministry was, in spite of all the other things he undertook, remembered primarily as a ministry of prayer.” 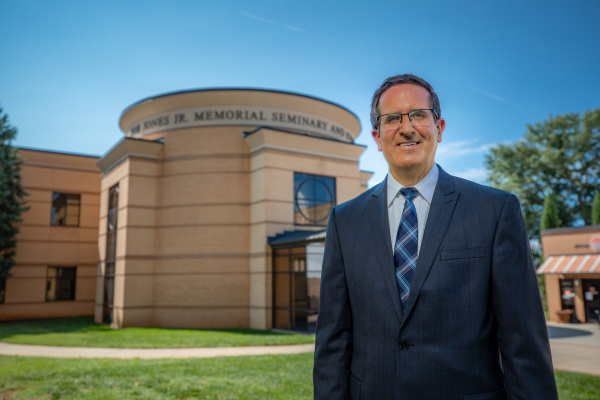