It is likely that China has the single largest concentration of evangelical Christians of any country in the world. Though the number of believers in China likely numbers close to 100 million, that still forms a relatively small percentage of its massive population. Nevertheless, since the rise of communism under Mao, Christianity in China has enjoyed steady growth. Rather than extinguishing Christianity as the communists intended, persecution has fueled the intensity of Christian belief and therefore has fueled its spread.

For many years, unregistered churches in China were limited to apartments or rural homes. In recent years, however—especially in eastern China—family (or house) churches expanded into business centers and commercial buildings. Crosses can be seen in many cities, revealing the locations of unregistered churches. Government oversight varied from region to region, but Christians were feeling a growing sense of liberty to worship and evangelize.

Throughout this period of amazing church growth in China many have wondered if the swell of Christian believers would influence the political system of the country. Apparently, the communist regime has wondered as well.

The rise of China’s current president, Xi Jinping, has brought renewed persecution to the church. Many China observers are comparing Xi to Mao Zedong and his reforms to those of the Cultural Revolution. Xi has consolidated his power by becoming head of China’s four most important political and state offices. He has also been declared president for life. Xi has attacked corruption throughout China. He has sought to expand China’s economic and military standing in the world. And—what affects the practice of Christianity the most—has worked to standardize the enforcement of laws and regulations throughout the country. In many cases, even though many religious practices were illegal, enforcement varied greatly from one part of China to another. Some have often said that “whatever you have heard about China is likely true somewhere in China.” Relative to Christianity, while unregistered churches have enjoyed increasing freedoms in some parts of China, other regions have maintained intense control.

In my own experiences in China, I have taught in settings where I couldn’t be seen through the window because security risks were so high. Yet in another region I found posters around town with my photo (taken from the BJU website) advertising my presence as a guest teacher. Now, however, the government is tightening its control over Christian expression everywhere.

This change began with the forced removal of crosses from both registered and unregistered churches. It then extended to the destruction of church meeting places. One year ago, the State Council issued the new “Regulations on the Administration of Religious Affairs” and began implementing these regulations in February 2018. Among the new restrictions are the following:

Note that these are the regulations on the legal, government-approved churches. Unregistered churches (also known as house churches or family churches) are banned completely.

Another aspect of the new government policies is that all legally-recognized religions in China (Buddhism, Taoism, Islam, Protestantism, Catholicism) must be “Sinicized,” or become more reflective of Chinese values.[1]

I have had several conversations recently with friends who serve in different parts of China. They each serve as English teachers. All report that their schools have presented them with a document which asks about their religious beliefs as well as the frequency and location of their worship activities. According to my friends, they have also been asked directly if they are missionaries.

I have also read accounts of missionaries using other platforms for residing in China who have been expelled from the country. What that means is that missionaries to China are having to be even more cautious in their activities and interactions. The government regularly monitors digital communications and movement of foreigners.

Yet the opportunities for gospel witness in China continue to abound. The Center for Global Opportunities, which I oversee, receives several new requests for English teachers in China every month. We must pray diligently for those we know who are serving in China and pray also that the Lord will send more missionaries to join them.

In early September, 116 pastors of unregistered churches signed a declaration of non-conformity toward the new religious regulations.[2] Government reaction to that document is not known at this point. It is important to note that Chinese Christians typically are patriotic and are not anti-government. They are loyal Chinese citizens who love their country. But they want to be free to follow Christ according to the Bible. It is also fair to point out that all religions in China are currently the focus of reform and control measures.

Historically, Chinese Christianity flourished under the severe persecution of the Mao era. There is no guarantee that the current hardships will produce the same response, but we can pray that they will. During my visits to China I have often asked Chinese believers how Americans can pray for them. Never have I heard anyone ask us to pray that their persecution would end. Rather, they suggest we pray that they will be strong and faithful to Christ in the midst of persecution. They ask us to pray that persecution would cause Christianity to spread like wildfire throughout their homeland. I’m praying that way, and I hope you will, too.

Sources for Information About Christianity in China

[1] According to a report from Radio Free Asia, a white paper from China’s Commission on Religion states, “Religions in China must be Chinese in orientation and provide active guidance to religions so that they can adapt themselves to the socialist society. [Religious believers must] be subordinate to and serve the overall interests of the nation and the Chinese people … and support the leadership of the Chinese Communist Party.”

[2] View the declaration at http://www.chinapartnership.org/blog/2018/9/116-chinese-pastors-sign-joint-statement-on-the-new-religious-regulations 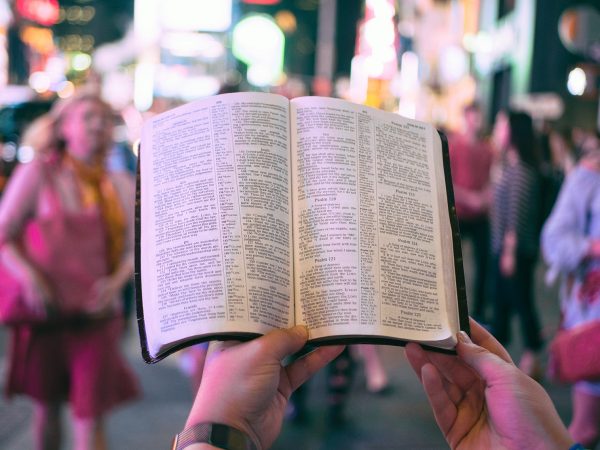