Dr. Richard Bargas, executive director of IFCA International, coined the motto “Grounded in Scripture. Advancing the cause of Christ” to reflect the mission of the venerable ministry in a new decade.

“Those two parts are critical for who we are,” Bargas said. “As an organization, we are doctrinally committed to our doctrinal statement, so we’re grounded in Scripture. What we’ve recognized is that though we are grounded in Scripture we are not to stay in one place and not move. Christ has given us a commission to move forward.”

Advancing the Gospel is a key component of the IFCA International council of regional presidents retreat being hosted this week at BJU for the second consecutive year. Leaders are aiming to formalize plans for church planting in major U.S. cities, working interdependently among the 41 IFCA International regions across the nation to accomplish Great Commission objectives.

“This week we’re really working on how do we analyze, how do we organize and how do we strategize through these church plants and projects we can work on together,” said David Deets, chairman of the council of regional presidents and a 2000 BJU graduate. “Coming out of this we’re hoping to identify four or five major cities we can put major efforts behind to plant churches and getting two or three regionals in each of those geographic locations to work together and let’s see God work to plant churches and see that spread in those areas.”

For 90 years, the Independent Fundamental Churches of America International and BJU have followed a parallel path.

The ministry was founded in Illinois as The Independent Fundamental Churches of America to provide fellowship, encouragement and identification for the independent church as well as individuals of like faith. It placed an emphasis on historic fundamental doctrinal distinctives, evangelism and missions. Those tenets continue nine decades later.

“Their DNA and our DNA are very similar. The IFCA started more or less for the same reasons as the University,” BJU president Steve Pettit said.

“This is a group of pastors and ministry leaders that have a very similar passion for the things we have at Bob Jones University,” said BJU executive vice president for enrollment and ministerial advancement Dr. Sam Horn, who will be among the featured speakers at the annual IFCA International conference in June in suburban Cincinnati. “They have a real passion for church planting and church revitalization. That is exactly our burden here.

“The ministry dynamic between this group and our philosophy of ministry here is very compatible. It’s an honor to have them on campus and looking forward to seeing how we can serve them and help them accomplish the incredible mission God has given them as a group.”

“When I think back, learning the history of IFCA and recognizing that it was part of the fundamentalist movement—the rising of evangelicalism and fundamentalism and the ways those movements worked within the church and combatted liberalism—was important to me,” Bargas said. “It was an illustration of the fight that needs to keep on going.

“Even now, as we are 90 years after the initiation of IFCA, it just reminds me that there is still a battle. The reality is that liberals don’t build anything. They don’t start churches, they don’t send out for missions, they don’t start schools and institutes, they just kind of leak in and take over and corrupt. Because of that, the IFCA and other ministries like us are really important to start something for the advancement of the Gospel.

“All these men (at the retreat) are part of mission agencies, church planting ministries, pastors or in ministry in some way. It captures the vision of young men who are getting in the ministry and they are saying, ‘We don’t want to talk about it. We want to do it.’ ” 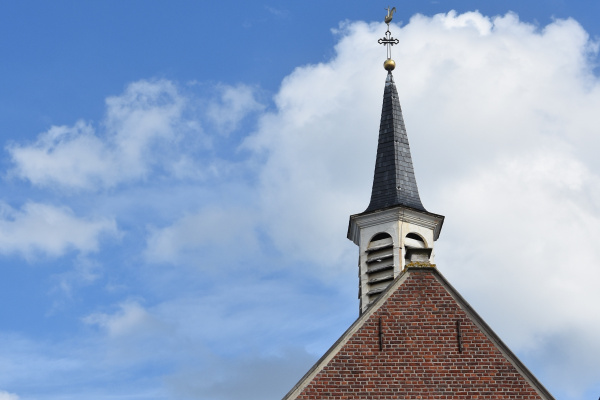