I grew up as a true Southerner. I called my mother “Momma.” All my siblings called her this until her last day on earth, September 15, 2020. I believe it was her most treasured title.

My mother Elinor Pettit was born Elinor Davis Jones on June 23, 1931, in Quitman, Georgia. Her father Dr. A.B. Jones Jr. was a practicing physician in Brooks County, Georgia. Her mother Rossie was a registered nurse. I really think my sense of family came more from my mother’s side of the family. Vacationing in South Georgia with my grandparents in the hot summers of the 1960s was one of my fondest family memories.

Before my mother left this life, I was able to fly to Denver, Colorado, to see her. I don’t know if she knew I was there. Momma was diagnosed with dementia back around 2013. She moved to Denver in 2014 and lived near my sister, Rossie, and my youngest brother, Billy. Though she lived in a few assisted-living locations, Rossie was her primary caretaker. Dementia caused my mother to decline in her ability to talk. She simply could no longer put a sentence together. That was probably the hardest thing for all of us because Momma was the ultimate communicator.

Rossie visited my mother every single day for six years before COVID-19. This is why I called her the angel of the family. Billy was able to see her on the weekends. He faithfully spent every Sunday at her side. When the COVID-19 lockdowns began in mid-March, Rossie and Billy could no longer visit Momma. Rossie decided to isolate herself because she wanted to see Momma when the restrictions were lifted. On September 10, our mother was taken to the emergency room in the Littleton Adventist Hospital in Denver. Rossie was able to see and hold Momma’s hand for the first time during COVID. I will always be grateful to God for their love for my mother. They both talked about the privilege of caring for her over those six years and said they would have happily done it for another six years.

There is no doubt that my mother defined, in many ways, who I am. I’m the oldest of four children. I was born in Quitman, Georgia, on November 27, 1955, but grew up in Columbia, South Carolina, from 1958 to 1976. In 1977, my family moved to Denver, Colorado. My father divorced my mother after 30 years of marriage. In 1984, my mother and brother Addison, the third-born child, moved together to New York City. Momma lived in NYC until 1997. During those years, she worked as the Director of Graphic Design for an NYC investment company called Integrated Resources and taught graphic design at Pratt Institute. We were all so proud of her! Momma retired and moved back to Columbia and lived there until 2014. She finally moved to Denver to be cared for in assisted living.

So, how do I describe my mother?

A Mother of Character

First of all, she had strong character. She was a force and influencer in so many ways. She was an artist. Her happy place was painting scenes of the sand dunes at the beach. When I was a child, she would take me to art museums for art appreciation long before it was a class in school. She was a fabulous gourmet cook before the Food Network made it cool. She was smart — really smart. She was an outstanding leader and a great teacher. She loved college-age students. She was a visionary, and she loved people, at least most of the time. She started a successful graphic design studio that stayed in business for 40 years. She started a theater in Columbia, South Carolina, called the Workshop Theater, that is still running 50 years later. She was strong — really strong. She battled alcoholism and one day walked away from it and never drank again. She endured heartaches. When my father divorced my mother, it broke her heart. That’s when she moved to NYC to get a new start in life. During that time, she worked in the graphic design world with some of the industry’s most famous icons. She completed a master’s degree at 63 years of age from Pratt Institute. She was willing to forgive those who hurt her deeply. In 1997, my father died. In 2009 during the wedding of our daughter Rachel, Momma sat all her children down and told us that she decided to forgive my dad for their divorce. This was huge for our family to move past the difficulty of the divorce of our parents.

Momma was compassionate. She lived during the era of segregation in the South and through the civil rights movement. My mother was always against racism. She passed that on to me. She was a life-long Democrat. Yet, she was weirdly liberal and conservative at the same time. She was spiritual. She grew up a Methodist. Dad was a Presbyterian. Both churches were liberal. That’s probably the reason I have such a hatred for liberalism. As a child, we all attended the Presbyterian church. Dad was a deacon and Sunday School teacher. We faithfully attended church until I was in high school, and then my family dropped out of the church. However, when my mother moved back to Columbia, I urged her to attend First Presbyterian Church. She loved the pastor, Dr. Sinclair Ferguson. I’m so thankful that she heard the Gospel every Sunday. She developed a real appetite for expository Bible preaching. She later did regular Bible studies with my daughters. I know that she loved hearing me preach and would always attend my revival meetings when I was nearby. I am so happy I can preach her funeral service. Most of all, my greatest hope is that I will see her again in heaven.

A Mother Who Valued a Job Well Done

Secondly, my mother was serious about her work. She was a very hard worker. She wrote and edited many books. She had an eagle-eye for detail. She was a perfectionist when it came to art design. She was a stickler for effective verbal and written communication and would regularly correct bad English and bad writing. Whenever I preach, I often imagine my mother sitting there, listening. This has protected me from saying unnecessary or extreme statements that preachers are notorious for saying.

Perhaps the thing we all remember is my mother’s look. Or should I say, her stare! I don’t know how to describe it, but I feel it as I write. Some have said that I can be intimidating. I always laugh and say, “You should meet my momma.”

A Mother Who Loved Well

Finally, my mother loved people. I know she loved me. She would tell me often. I’d hold her hand, and the smile on her face said it all. I know she loved all her children with the same full love. I knew she was very proud of me. One of the first times I took her to the campus of Bob Jones University, we were walking around campus, and people were saying hello to me. She then said, “You’re like a rock star!” I said, “Momma, only on the campus of BJU, is a preacher well known. If I went across the street to the Bi-Lo grocery store, no one would know who I am, and no one would care who I am.” She came to my investiture as the president of BJU. I know that was a big moment for her.

She loved her grandchildren and delighted in the opportunities to invest in them. I flew my daughters, Rebecca and Rachel, to NYC when they were 8 and 10 years old. They spent two weeks with their grandmother riding the subways, attending Broadway musicals, and eating in Chinatown restaurants. Momma wanted the evangelist’s kids to have some savvy and street smarts. The girls learned well from her.

She was fiercely loyal to her friends. I should also say that she loved her two Welsh Corgis, Soho and Rodney. We know she loved her children, but her dogs ran a close second. Their ashes have been preserved and buried with my mother at the Oak Hill Cemetery in Quitman.

When I think of respect and reverence, I always think of my feelings towards my mother. She brought me into this world. She never harmed me or denigrated me. She loved me and wanted only the best for me until the day she passed on. I know that at the core of who I am, my mother is there and will be there forever. 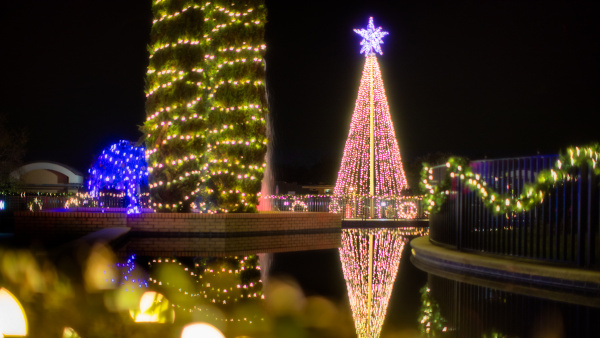