Horn: This semester we have the opportunity every Wednesday to go through a different aspect of the Bob Jones University creed in our chapel preaching platform. And it’s been a very dynamic series already. We’re excited about that series on the creed. And today I have one of our speakers, Dr. Brent Cook, with me. And I want to talk, Brent, to you about that series.

Horn: Tell us a little bit about what you’re doing. I know you teach in the Seminary and the School of Religion, and there’s an exciting new part about your life that you get to do every weekend. So I’d like to hear a little bit about that before we jump into our conversation.

Cook: Yeah, I’ve been on faculty here at Bob Jones for thirteen years, twelve of those years in the Seminary. I teach church history in the Seminary, and then on the weekends I pastor University Baptist Church in Clemson and of course Wednesdays as well. That’s my second full-time job. And I really, really enjoy that.

Horn: Well, I’m sort of jealous of that for you because I loved the pastoral ministry, had a wonderful time when I was able to do that. And I’m thankful that many of you on the faculty get a chance to do that. It just brings a richness to what you bring in the classroom. We’re talking about the creed. The University creed has been a part of Bob Jones University from it’s very inception. And I’m curious—I know as a church historian you have thoughts about creeds before. Tell us what a creed is.

Cook: Well, creeds are really as ancient as the church. I mean, we have creeds that are actually embedded in the text of the New Testament. Of course, the early church councils meet beginning in 325, and they establish creeds. And you have creeds because the Bible is a very, very long book and because God has said a great deal about Himself and there’s potential for error. And so a creed is a distillation of the core propositions of the Christian faith. And they’re necessary because God has said certain things about Himself. If you think about, say, Islam and the Koran, it doesn’t have much of a creed at all because God does not reveal Himself. Whereas in Scripture we have a God that has made Himself known. Revelation means that God is telling us truths about Himself that we would not otherwise know. And so what a creed does is it takes those great truths, and it distills them into a memorable format, an accessible format, and a format that we can actually confess and to teach our children with. That’s why I think a creed is just so important.

Horn: Well, I think you’ve hit on an important component of why creeds are valuable. And it’s the teaching, it’s the passing on of the faith to another generation. And I know there are certain branches of Christianity that have resisted the idea of a creed. You hear people say, “Well, I have no creed but the Bible.” But that’s really not been the practice of even the early church. Correct?

Cook: That’s correct. and that’s—there’s actually a danger in saying, “I don’t—I have no creed but the Bible.” I mean, a Mormon will say, “I believe the Bible.” A Jehovah’s Witness says, “I believe the Bible.” But what does the Bible say? And the purpose of a creed is to establish what the Bible is in fact teaching. And creeds are in fact as ancient as the church. Many times Baptists will say, “We don’t have a creed,” and what’s humorous about this is the Baptists in the 17th century had more creeds than everybody else. They just multiplied them because they had so many autonomous churches. So a church needs a creed. We need a creed to distinguish ourselves from those who look at the Scripture and are teaching things that are false.

Horn: So the creeds actually help us, number one, learn doctrine.

Horn: And number 2, protect doctrine. Am I hearing you correctly?

Cook: Well, it brings us together. Traditionally Bob Jones has been a non-denominational school, but because we are not affiliated with any one denomination, we do need some organizational principle. And the creed allows us all—whether we’re from a Presbyterian background, a Baptist background, whatever background we’re from—to be able to say these are the essential truths that we hold to, that we believe and that unite us as a community in Christ.

Horn: And I think a word that I picked up in the answer you gave was the word essential. These are just not a series of randomly chosen beliefs that we just sort of pull out of Scripture because they’re important to us. These are beliefs that the church has deemed, and that orthodoxy has described and identified as core to the Christian faith without which you can’t have a Christian faith, at least not one that’s described in the New Testament.

Horn: So when you think about the creed that we say here at Bob Jones University, there are nine different parts to that creed. And so every day we speak that creed, and we begin with the word “I believe.” So what part does belief play in this creed that we say every day?

Cook: Well, there is a doctrinal component to Christianity. When we say that we believe certain truths, there is a—there are ideas about things that happen in real time and real space in history. And then if—historical events—and if these didn’t happen, our faith is false. If Jesus Christ did not come, if He wasn’t virgin born, if He wasn’t resurrected—if that didn’t happen in real time, in real space, then there is no such thing as Christianity. And so when we confess these things, we are affirming things that actually, truly happened. And apart from these events, we’re lost.

Horn: We’re of all people most miserable.

Horn: Yeah, and I think that’s really true when it comes to those beliefs. I think you and I have both been in settings where people have articulated a creed— for example, the Apostles Creed or the Nicene Creed—and it’s very evident that they know the creed because they’re quoting the creed and they do it every week. But as you interact with them, it’s very, very clear over time that, even though they mentally know the words to the creed, the creed hasn’t impacted their heart in terms of really bringing about true belief. So how do you guard against that in your own life as you say the creed so often?

Cook: Yeah, and I think that’s exactly what we’re trying to accomplish in this series that we’re doing. It’s not enough just a state a creed, but those opening words “I believe” are absolutely essential. And so I—what we’re trying to do in this series is to get away from the students just standing up, reciting the creed day after day after day, but actually getting them to really reflect on what they’re saying and to assess in their own heart and mind whether these are truths that they actually believe or whether these are truths that they’re just saying. And the same can be true of music. We stand and sing hymns all the time—people do this in churches all the time, and people just sort of mouth the words. But what are we saying? What are we confessing? That’s what’s really core. What’s in your heart is more important than just what you’re speaking.

Horn: And I think that’s a great place for us to park our conversation because I think, as we get into the next conversation I want to have with you, I want to talk to you about a particular part of our creed. But, Brent, thank you for taking a few minutes to talk about the importance of a creed, and why we have them, and how we use them in our life. And I know my heart’s been challenged this semester as I’ve recited the creed with maybe new emphasis and new personal embracing of these ideas. Even having been a Christian for more than three decades, you know, I need to be reminded of the incredible value of the truth that God gave to us that makes up the Christian faith. So thank you for taking a few minutes to talk to us.

Join us for chapel every Monday through Thursday at 11 a.m. Introduction to Walking in the Spirit 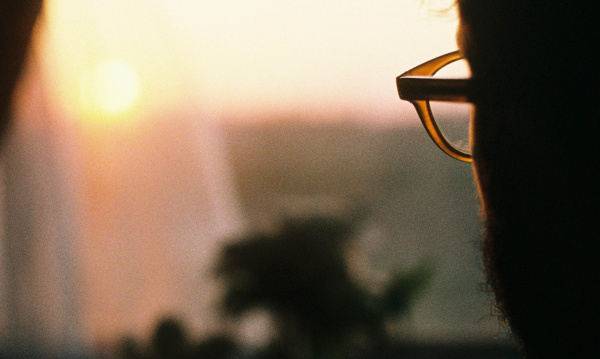 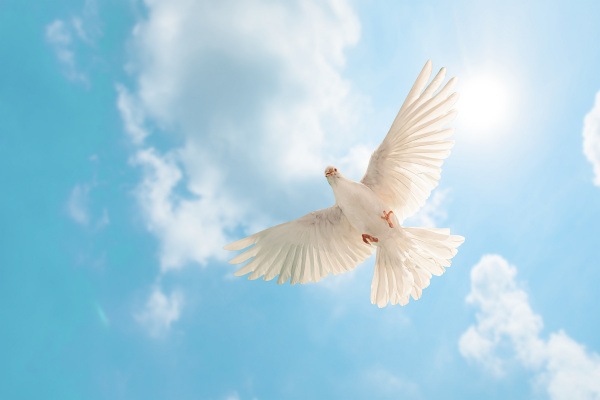